At a couple of recent speaking engagements, several attendees pulled me aside and asked about cell phone protection since a lot of their work was being completed away from the office computer and on their phone.

So the question is…should I or should I not have virus protection for my Android or iPhone?

The quick answer is no. But there are exceptions. And there’s some things as an owner you can do to protect your phone.

Both phones are good at keeping out malware as long as the end-user doesn’t inherently click on the latest game being promoted or click on text message links they weren’t expecting.

Do not load programs from outside Google Apps, or iPhone’s App store. If they’re from outside the stores, they have not been vetted for malware. On occasion, applications do get infected on either store, but are usually found out within a few weeks. These are, for the most part, new applications, or those dealing with payments to help out with the crisis of the day. So, wait a few weeks before downloading the latest application and let others take the risk.

Both phone systems have system backup capabilities. They need to be set up the first time the phone is set up for personal or business use.

If a phone becomes corrupted for any reason, provided you have backups, the phones can be recovered in an hour or so, either to the same phone or a new one of the same type.

Here’s some general information for both phone types and a few differences.

Keep the phones updated to the latest version of their software. Once the phones stop receiving updates, they become more vulnerable to malware.

For Android update length varies. As an estimate, Android will be supported until it’s 2-3 years old. Flagship phones may extend out to 5 years.

Apple is more consistent. Apple keeps their iPhones updated for 7 years from the last time the particular model was sold.

Both phones automatically update according to the schedule of the service providers such as ATT, Verizon, T-Mobile, etc. Each provider updates at different times and times are different per phone type and model.

Here is how you can check the version of software your Android phone is on:

If your smartphone seems slow to respond, first restart it. This will shutdown all applications that are running in the background and clear some cache files. This can clear valuable space and resolve issues with your speed, phone battery and security. Old cache files can corrupt your system.

For Android, go to Settings> Storage> Apps (“Other Apps” on versions previous to 11)> select app caches you want cleared on each app’s info page, tap the Clear Cache option. I’ve found that using Ccleaner (paid version) for Android is much faster than the manual approach. I routinely clear my cache freeing up over a 1GB each time.

For iPhone browser cleaning, go to Settings>scroll down to Safari and tap> Tap on Clear history and Website Data. You may need to relog into some websites after doing this.

For iPhone’s app cache the app caches must be “offloaded”. Go to Settings>General>iPhone Storage. Click the ones you’d like cleared and tap Offload App. A message will appear that the app will be deleted. Your data and documents will stay available.

Again, both phones do a good job without extra protection. Both have location finders if your phone is lost. They work as long as your phone tracking is turned on and your phone is on. If the battery dies, or the phone is turned off, the last location will show. If you are worried about tracking and turn this feature off, you will not be able to track your phone.

The big malware/antivirus providers, Norton, McAfee, Bitdefender, TotalAV, Avira, all have free versions for iPhones and Android. The catch is, they can often become the problem with pop-ups and nag messages, giving the impression that they’re catching things when normal maintenance is all you need. If you are not familiar with the nag screen, this is the screen that appears when you are using the free version trying to get you to buy their paid version of the software.

Some also sell bundled packages promoting VPN (Virtual Private Networks) cleaning the cache, etc. Paid for versions will do the same thing as the free versions, but the nag screens are mostly removed and virus updates for the malware programs are said to be pushed more frequently.

The purpose of a VPN is to hide your online activity. VPNs are often used to guard against hackers on public networks by hiding your IP address, browsing activity, and personal data on any Wi-Fi network.

If your phones are provided/supported by a business, be careful what you use them for and where you go. If the phones are lost or stolen, they can be remote locked, wiped or restored. You have the potential to lose your personal information. Any personal information may be able to be seen by the company. The tracking feature may not be able to be turned off, so your company can see where you’ve been and for how long. If you’re concerned about this, have separate phones. Do not take your work phone out with you after work. If you do and it’s on, your whereabouts and activities can be tracked.

All the best and stay well,
Jim Nay 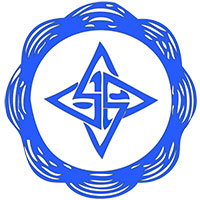